Before we dive in, let’s get a few things clear. We will be talking about this pandemic, but the pandemic itself is not the focus of the story. This story is about people, leadership, tough lessons, and some frameworks for making difficult decisions. The two stories shared here represent real scenarios, but all names have been changed to protect confidentiality and the quotes provided are not verbatim.

One summer during university I took a job on the maintenance team of a commercial irrigation company. On the surface, it checked all of my boxes. Outdoors. Working with a small team. Decent pay. Steady hours. Not a bad summer gig.

Comforted only by the fact that I was on a summer contract, I quickly began to resent my monotonous day-to-day job. What was at first challenging, quickly became repetitive and uninteresting.

This experience is a highly relatable one. Enthusiasm can fester into discontent at a deceivingly quick pace. We have all experienced this in one way or another at some point in our lives.

As grim as this type of monotony may seem, millions of Canadians are stuck in this reality. Day-by-day, spinning on the hamster wheel for 8-10 hours, doing the same thing day in and day out, the same way they have always done it.

What is worse is that we, as a society, have collectively acquiesced to the fact that this status quo is somehow acceptable. The fact that millions of people are showing up to work, working, and then leaving work feeling unhappy, disengaged, and with a crisis of purpose has become an unspoken norm.

Thanks to this pandemic (ugh, another COVID article?), this “status quo” of monotony and disengagement has been forcefully disrupted, perhaps permanently. We have learned a great many things in the last six months and at or near the top of that list has been the value of people to an organization. Beyond just the value of people, the importance of engaging staff the right way and ensuring that everyone leaves work feeling fulfilled is a growing movement thanks to this pandemic.

Despite this growing movement, it is not enough to simply acknowledge it. To make the necessary changes to create the conditions for personal and professional fulfillment requires tremendous organizational courage and leadership.

We have all read countless stories and seen numerous accounts of companies and their teams stepping up when times are tough, saving their business, making sacrifices, and emerging from this pandemic in a place to thrive. In hindsight, these decisions that led to success were a no brainer. It’s easy to point at a company’s bold move and reflect with admiration on the courage they had to make those tough choices.

Often, these difficult decisions fell under the category of “people”. Whether these choices around layoffs, re-introductions, or re-structuring were correct or not is now a matter of retrospect. What is undisputable though, is that every decision in a time of crisis regarding people required a high degree of courage. Requiring an equal amount of courage is the ability to act on the lessons learned through those decisions.

What follows are two different stories about two different leaders. Each of these leaders acted in a time of crisis and had to make tough decisions about the people on their team. Each of these leaders have learned valuable lessons and these lessons will forever impact how they run their business going forward. One of these leaders agonized over these decisions. That same leader (and his team) is now happier at work than ever. The other made a snap decision and is now living in regret while attempting to glue his organization back together.

It is not for me, or even you, to pass judgement on these leaders and their decisions. Instead, it is our job to learn, understand, and apply what those who were courageous enough to make these tough decisions have taught us.

First up is Tony. Tony is the General Manager of a highly successful automotive dealership and is a vocal leader within his dealership group. Tony has all the desirable characteristics of a leader – he’s charismatic, empathetic, friendly, and is able to embrace change for the betterment of his team and operation. Pre-COVID, Tony’s dealership consistently led their market and his team was thriving. Life was good for Tony and co.

Cue the pandemic. The automotive industry was one of the hardest-hit industries in the country as a result of the pandemic. People were staying inside, hunkering down, and as a result automotive sales plummeted. In a drastic effort to help keep the group afloat, Tony’s CEO instructed him to cut his costs by 40%. In a lean operation like a dealership, this can mean only one thing – some people had to go. Tony, as is the case of many leaders in his position, agonized over this decision. In his eyes, Tony didn’t have 100 employees. He had 100 friends.

After a painstaking process of evaluations, number crunches, and subsequent layoffs, what has emerged is Tony and co. 2.0.

I caught up with Tony a month after the layoffs were finalized and he had made the necessary restructuring decisions. He shared some (admittedly shocking) updates:

“I can’t believe how well this team is functioning now. It would be impossible for me to pick an employee of the month. Everyone’s commitment has stepped up to another level”

“We used this as an opportunity to assess who really wanted to be here, and who was just here to collect a paycheck. We also found instances where we had three people doing the job of two. Now, everyone is clear on their role, everyone is working hard, and we’re all having fun doing it.”

It likely goes without saying that Tony’s dealership has seen a dramatic uptick in results. These last few months have not only been about recovery, by some metrics they are outperforming their historical results.

Before we unpack these lessons, let’s take a look at a contrasting story.

Dave is the President of a prominent homebuilding company. Well-entrenched in their market, Dave’s company has seen consistent results and success in their 40-year history. They have a young and dynamic leadership team as well as a great strategic focus that has allowed them to optimize their efficiency.

It is no surprise that Dave and his company were not immune to the pandemic. Like many leaders in his position, Dave was forced to make some tough decisions – primarily around layoffs. In an urgent fashion, he began the process of laying off some key staff.

Dave initiated the process by using metrics and numbers as a basis for his decision making. Those who he found to be contributing the most stayed, while those who didn’t quite live up to their result expectations were likely shown the door. In doing this, Dave thought he would be fulfilling his company’s goal of optimizing efficiency. And, in short, that’s what happened.

Despite an economic downturn, sales volumes stayed consistent with the occasional spike. But, what Dave later came to realize, is that his decisions are layoffs and team came at a cost.

Soon, a small but highly vocal group emerged within the organization. This group was becoming increasingly dissatisfied due to the greater volume of work they had to do in order to make up for their laid-off colleagues. As competing business priorities arose, Dave and his leadership team left this emerging cultural challenge unaddressed in favor of more pressing business challenges.

Today, Dave’s company is facing its biggest challenge in recent memory. It’s not a challenge of efficiency, growth, or customer service. This is a cultural challenge.

Dave now realizes that in making these layoff decisions, his selection process did not account for those people who truly wanted to be there. Some of the people he let go represented the foundational cultural fabric of the group. The team that was leftover was highly skilled but lacked in their ability to engage with the organization on a value-driven level.

Dave is now scrambling to deeply engage his senior leaders in an effort to rectify these cultural challenges by strengthening the capabilities and behavioural expectations of his organization, as led by his senior team. He is fighting an uphill battle, one that he inadvertently created for himself, but he demonstrates enough vulnerability to accept the reality of his challenges and face them head on.

So, what can we learn from Tony and Dave’s stories? Let’s examine a few of the key lessons:

If you wish to explore any of the relating topics further, we have provided a few resources below: 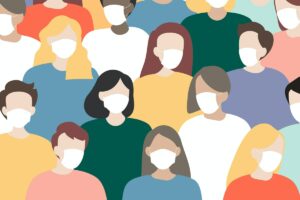 How to Dial Back Fear in the Workplace 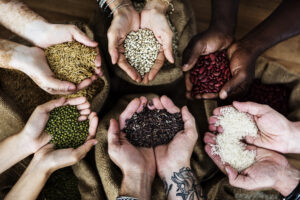 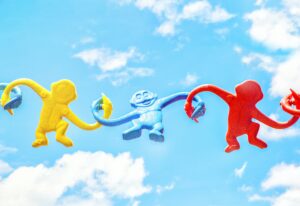 Designing a Work Environment for a Post-Pandemic Future: Which Model is Best?